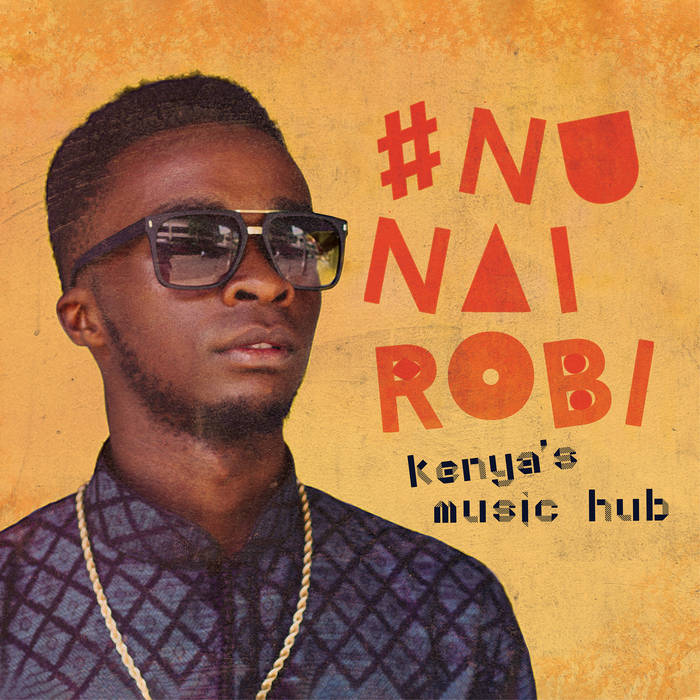 Welcome to the world of #NuNairobi

#NuNairobi – Kenya's music hub is more than a music compilation that introduces Nairobi's new eclectic music scene, known as #NuNairobi. It is also a map of Nairobi and a website, that provide access to the city and its culture.

Go NuNairobi.com and click yourself through the map and experience some of the most important bands and musicians, who laid the foundation for East Africa's new wave of sound. You can stream the songs, and order a printed map, with links to concert venues, art spaces, tech hubs and other culture hotspots in town.

What started with the hashtag #NuNairobi on social media became synonym for the culture of today, with all its diversity in fashion, film and music. Artists have used the power of the internet to overcome the old image of a rough city, once labeled „Nairobbery“, due to its high crime rate. #NuNairobi is a vision among Nairobi's creatives, entrepreneurs and musicians, that despite all challenges, you can make a change. If you work hard and help each other, you can be part of a „new Nairobi“. And the city is full of creative energy, with a rising middle-class, a promising tech-scene and many different communities. All this variety also reflects on the music scene. There is a revival of live bands happing, a buzzing electronic music scene and artists, who began to rediscover their roots, and experiment with popular music from the era of independence.

#NuNairobi – Kenya's music hub is compiled by one of Outhere Records masterminds Georg Milz and finally follows up the celebrated collaboration BLNRB (OH018) between the music scenes of Berlin and Nairobi. This time it is Nairobi itself speaking:There is NuNairobi's visionary supergroup Just a Band, who got worldwide recognition for their concept of a new electronic Swahili sound, with localised visuals.

The „bauss lady“ Muthoni Drummer Queen, who runs major music events in Nairobi and made electro-pop from Kenya popular.

Kenya's indie rock sensation Sauti Sol, who are A-List pop-stars all over Africa today, and even got Barack Obama dancing to their hits.

Octopizzo, a rapper who grew up on the streets of the poor neighbourhood Kibera. Today he is an influential social activist with more than a million followers on instagram and over a hundred pairs of sneakers in his closet. Most of his fans still live in poor conditions.

There is the story of Nairobi’s infamous Bonoko, a street-child that masters Sheng (Nairobi‘s street slang), like no one else. He was discovered through a dramatic interview, about a murdering on the streets that was turned into a viral song against police brutality.

There are Waayaha Cusub, Somalia's first hiphop collective, who represent the multicultural side of Nairobi.

And #NuNairobi’s shooting stars: Camp Mulla, a teenage group that broke the ice for Kenya’s urban music scene in Africa, with club hits and crisp music-videos. Today their members Karun, Taio Tripper and Shappaman are a driving force of the #NuNairobi scene.

Last but not least there are the more established names such as singer-songwriter Eric Wainaina, dancehall champ Wyre, urban Benga gem Makadem and Nairobi's hiphop legends such as Nazizi, Prezzo and Abbas Kubaff.

Time to hand the mic over to Kenya's buzzing music hub: Welcome to #NuNairobi!