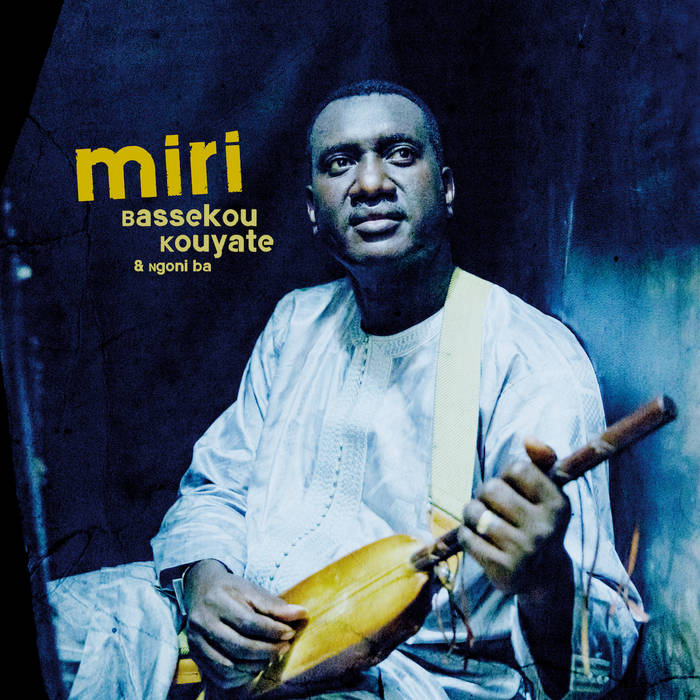 Miri is an album about love, friendship, family and true values in times of crisis. Miri means dream or contemplation in bamana. On Miri Bassekou travels back to his hometown Garana, a small village at the banks of the Niger river. The instrumental song Miri captures that feeling. Bassekou sits at the banks of the Niger far away from the noise, trafficjams and political turmoil of Bamako and thinks about life.

Miri is a very personal album. It talks about his mother Yakare that passed away. „When your mother dies“, Bassekou says, „it is like someone tears out the door of your house.“ Yakare gave birth to 13 children of which 5 have died. She was the pillar of the family. Another outstanding track on the album is Deli a song about true friendship, „too many people today sacrifice friendship for money“. Konya talks about jealousy a problem that can even destroy families. One of the most outstanding songs on Miri is: Wele Ni. It takes us deep into the history of Segou koro (old Segou) once home of the Bamana kings. Wele ni is a song about a king who thought he was so great that there was no need to treat the people around him with respect. In the end he has to realize that he is nothing without the people around him. The song is an analogy to today’s Malian society. The 2018 elections showed how deeply Malian society is torn apart by a selfish scramble over the riches of the country. It features the voice of the great Abdoulaye Diabate and Bassekou playing slide ngoni with a bottleneck.